skip to main | skip to sidebar

The other day I had an opportunity to ride another trail from my list.  It was specifically the trail that attracted me to this one.  The trail itself was just under two miles long so I had to add a bit to it to make it as long as I like to go.  But the trail was well worth the rest of it. 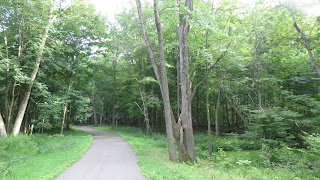 I rode past a little park where a whole bunch of soccer games were being played and then the trail turned into the trees and toward the river. 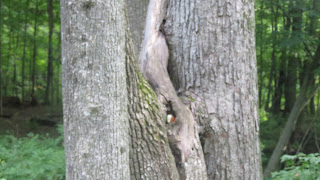 Just another little stretch down the trail something caught my eye, something resting in a knot hole of a tree. 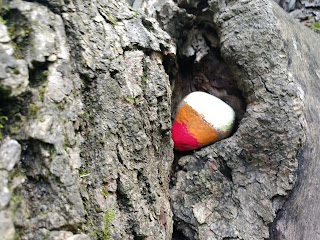 On closer inspection, it turned out to be a painted rock.  This time I picked it up and stuck it in my pocket so I could re-hide it a little farther along the ride. 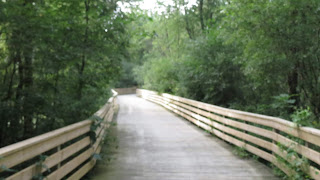 Some cool bridges along this trail. I really liked riding on this trail, it was a very nice, quiet place. 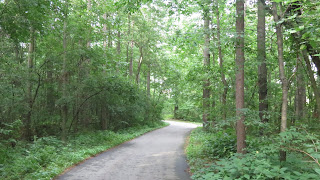 It took a ways before the trail got to the river.  But once it did, yeah, I like riding along the water. 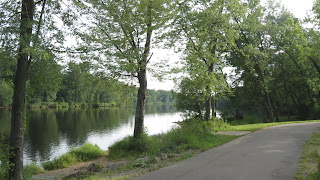 Often I meet other people along the trails I ride, especially when they are in town.  But not  this evening.  The whole way along the river I had the trail all to myself. 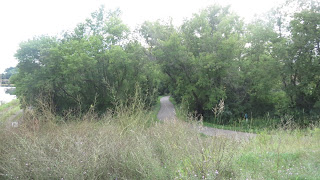 After riding along the river a ways the trail came to a bridge over the river.  So up and over I went. 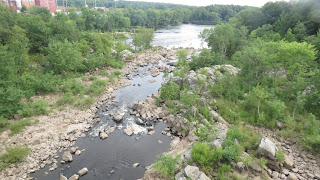 Up on the bridge I was able to see back on the river, where it went through some rapids before opening up by where the trail was.

The rest of the ride was not near as interesting.  Well, not totally boring, but trail riding is always more interesting than riding along the side of the street.  But to get to where I was headed I had to I had to travel a few miles at the side of the road. 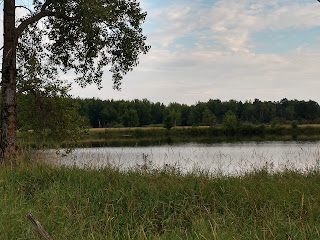 After a few miles I came to my destination, my turn-around point; It was a small lake. 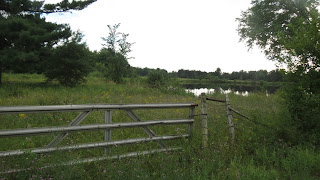 Cool thing about this lake, though.  Its named after my second son, Stachelbeere.  I never knew he had his own lake.  But he did; amazing.

Alas, at that point it was time to turn back and go back the way I had come.  And so I did.  And what was incredible was that when I got back to where I had left my car I noticed a really big field of sun flowers!  I had totally missed it when I had parked and started my ride.  Fields like this always amaze me, all those flowers looking the same direction. 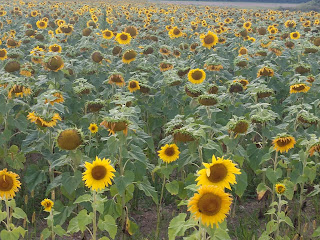 It was the perfect ending to a really nice evening.
Posted by Anne Chovies at 8:59 PM

Niiiiice! Looks like a great day for a bike ride!

It Matters to Me

Anne Chovies
Living in the Great Mid-West
The longer I live the more I realize my real happiness is in my family.